Ayxob Codes His Path Into Art 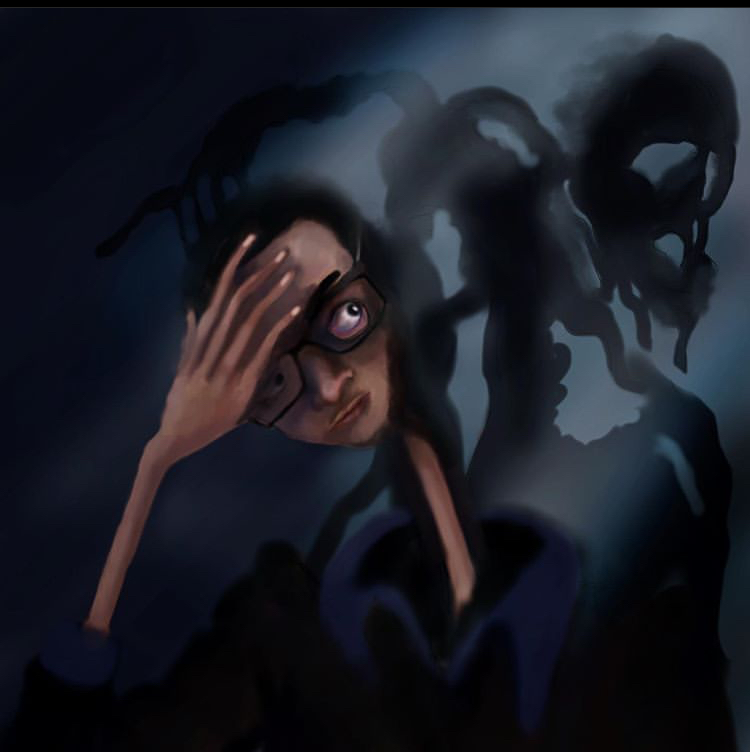 Ayuob Aghi is a 25-year-old artist based in Tajoura district in Tripoli, Libya. He is a software developer and full-time artist. His journey began as an artist since he was a child. He always had a sketch book and he liked to sketch things when he was young. He used to study patterns and shapes, but as years progressed, due to his studies and since he was home schooled, his interests vanished during the time he grew up. He can’t complain because he liked everything related to developing and enjoyed coding. He also teaches from time to time.

He always exploited every free time he had to colour and draw. Back to Tumblr days and Twitter, he started to share his work on these platforms and he didn’t intend to turn it into a career. Until 2015, the Weeknd reblogged one of Ayuob’s artwork at that time and reached out to him if he is interested in designing something for him. He never thought that the Weeknd would remember him after he became famous.
He is inspired by many musicians. One day, Sky Ferreira herself reached out to him on Instagram to design for her tour flyers and back then, he only had 60 followers. As he progressed, he stopped practicing art from the period of 2016 to 2018, he took some time off from social media to focus on his career as a software developer.
2018 was a dark year for him, as he explained. He had a part time job as an interpreter for a few media entities and at that time, he put a lot of his negative energy towards making art until the end of the same year. One day, he woke up to a direct message from the weeknd, the famous Canadian singer and songwriter, if he is still considering working for him.
Ayuob thought that the weekend forgot about him. He got an invite to join a platform created by the weeknd and his team which was found by him and his manager to help artists develop. He believes that he belongs there and he doesn’t consider himself professional yet but he is working to develop himself in every way possible. Ayuob told me that he hopes to join the institute one day when things settle down worldwide.
He is trying to grow as an artist, Ayoub added. He is getting commissions from all over the world but he likes the diversity of working internationally. He only made a local commission to the Libyan music producer Big Seno.
In Libya, people underestimate the power of art and how people perceive art in general. Also, the state of the country is adding up to the struggles he is already facing. He hopes to leave Libya to discover more as an artist and develop in the field. His advice for artists ”Working hard pays off eventually”. In terms of style, their style will shape up with time. In addition, he hopes to lift up many other artists in Libya and he wishes if people told him earlier that every bad art work you make is just another bad art and it will only leave space for good art.

Malak Altaeb is an analyst, independent writer, and researcher from Libya based in Paris, France. She holds a Master's degree in Environmental Policy from Sciences Po University in Paris, with a bachelor's degree in Chemical Engineering from Tripoli, Libya. She is the Blogger and manager of the Libyan Wanderer.